Integration with Poddin in a snap.

Poddin Transcribe comes with an intutive API that enables podcasters to upload transcripts on your podcast hosting platform on the fly. No download and upload, just click and go.

Webflow
Episode Number
Season Number
Episode type
Usually your normal show type but you can also publish a trailer or bonus episode that, depending on the player, will display differently.
Normal
Trailor
Bonus
Transcription
Try me!

If many of your episodes contain explicit language, set this to 'yes' in show settings. It's vital that you make sure this is right!

Easy to integrate.
Intuitive, ready to use and lowest workload guarantee. Access to Poddin Transcribe is only few lines of code away.

Free but supportive.
This API will always be free, but if you ever have any tech or consulting needs, Poddin is happy to help out!

Podcast focused.
Podcast heads made it for podcasters. Everything in Poddin Transcribe is tailored to the workflow of the podcast.

Fast and lightweight.
Poddin Transcribe is small and fast enough that it won't slow down your platform at all. It's just a few lines of code.

Enhance your user experience by allowing them to import podcast
transcrips in a snap. Keep them in the flow and worry less.

Contact us, it’s free
Integrate
swiftly and
easily
A few lines of code is all it takes to integrate. Even if it is simple and free, but still offers technical support. Feel free to contact Joe@poddin.io

Poddin helps your podcast hosting platform unlock the value of podcast transcriptions.
Empower your users with well-designed processes and UI. 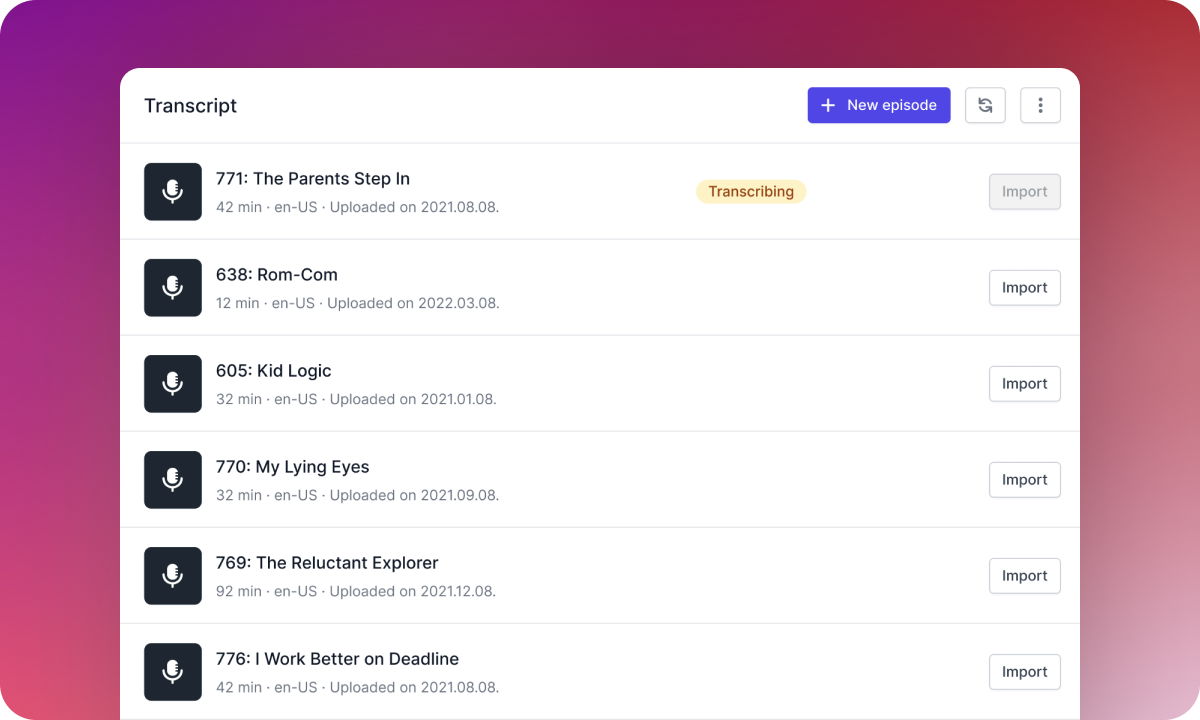 Crafted for the podcaster's workflow. Say goodbye to downloading and then uploading transcribed files. Focus on publishing the episodes and leave the rest to Poddin.

Poddin Transcribe use the standard OAuth 2.0 protocol for authentication and authorization. All data is in the hands of the user. Security first, privacy first. 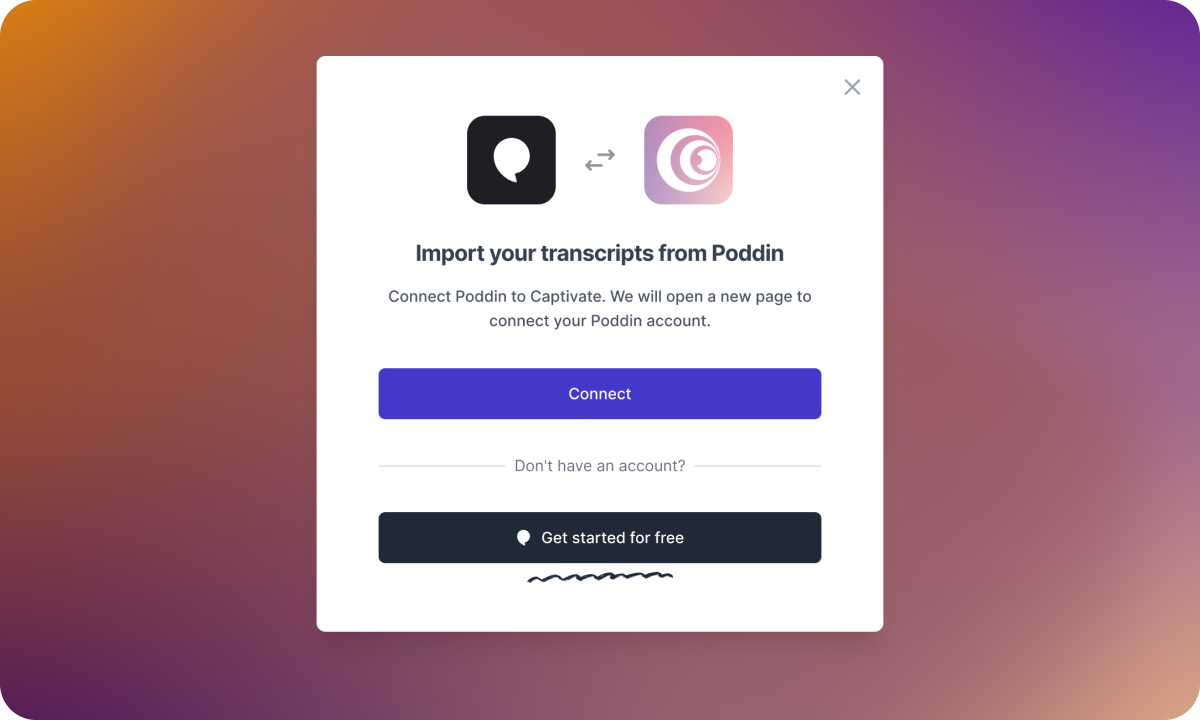 What podcasters say about Poddin

Poddin is a podcast transcript tool and is highly rated for accuracy, speed, affordable pricing, being easy to use.

I switched to Poddin immediately!

I've tried pretty much every AI-powered transcription service, and all have struggled with my Scottish accent. But not Poddin - save me a ton of time. Fantastic tool. I switched to Poddin immediately!

Host of Podcaster Stories, Pod Chat, and Memories of 3DO

Incredibly easy to use and has top accuracy.

The transcriptions is nearly accurately perfect. I can easily edit the transcribed outcomes quicker to take that time to focus on other parts of my podcast instead. Plus, customer support is excellent!

Poddin is easy to use, works the way we need to transcribe our podcast and has phenomenal support. Their pricing also makes it a pretty easy decision to use.

Host of The Drone Trainer podcast